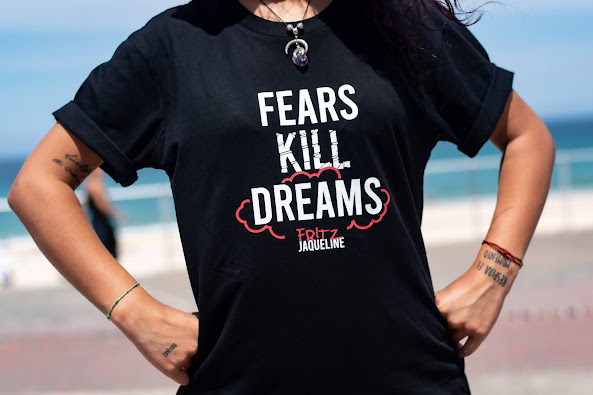 Overcoming fear in the workplace is critical to success. It is easy to let the harmful effects of failure overwhelm us, which quickly becomes a recipe for disaster. Rather than focusing on the positive, organizations usually focus on the failures, which often result in negative consequences for employees. As a result, the organization creates a negative fear feedback loop, pushing everyone to do worse and worse.

By creating a fear-free environment, employees can express their ideas and opinions without feeling threatened. You can help them do this by actively seeking their input. Seeking input will encourage them to be more innovative and productive. Moreover, a fearless workplace will be more productive and creative. Despite this, it's essential to offer support to employees since their fears can prevent them from getting the job done. Ultimately, you will be better off if you support your employees and encourage them to overcome their fears.

Accept the fact that fear exists

Accept fear. Fear is natural. Fear is a genuine human emotion that has served to protect us from danger for millennia, but it's also something that can take over our lives when we let it. Of course, it's normal to be afraid sometimes - it protects us from danger and discomfort alike. Still, if feeling nervous about something becomes debilitating and overshadows your entire life, you need to do something about it. Fear may be a natural part of our DNA, but it can also be crippling. We can't let fear define us or control us, but we must accept that some things might terrify us. When we start to open up to this idea, it becomes clear that the only way to conquer our fears is first by accepting them.

Get educated about fear. Learn about it and educate oneself about its cause and symptoms

The chemical basis for fear is primarily found in the amygdala, located in the brain's temporal lobe. The amygdala houses different types of neurons that are either sensitive to positive stimuli or negative stimuli. For example, neurons sensitive to a bad smell will fire more powerfully than those sensitive to a good smell. These types of neurons are called "associative" and "projection" neurons, respectively. It is theorized that the association between specific stimuli and fearful reactions was an evolutionary adaptation that helped us survive as a species. It enabled us to quickly learn from our mistakes and take as-needed steps to avoid repeating them. The chemical basis for fear partly relies on the release of hormones such as adrenaline and cortisol. This creates an "adrenaline rush" that floods the body with energy, boosts blood flow, and increases heart rate, making it easier for muscles to work faster and harder. Fear is a natural and healthy human emotion. It helps us to survive in dangerous situations by motivating us to avoid or fight against the danger.

Negative self-talk is a phenomenon in which people are unconsciously making negative comments about themselves. These comments can be thoughts, feelings, or beliefs. If you are struggling with negative self-talk, this article will teach you how to stop it. Our brain is programmed to filter out any negativity that might harm us socially or emotionally. This means that we're more likely to hear the criticism than the compliments when someone speaks to us in person or online. Think of it like this: when someone says, "you're good at cooking," the part of your mind that hears "you're not so good at cooking" is much louder than what was said. And so, when we hear something critical about ourselves, it's easier for us to believe it than if we heard something complimentary.

It has been shown that negative self-talk has a significant impact on mental health. The following two points outline some of the main points for stopping negative self-talk: One, Identify what triggers your self-destructive thoughts and try to stop yourself from saying them to yourself. Two, Replace those thoughts with positive statements about yourself or other people.

Social comparison is typical human behavior that we all do regularly. It's thought that we compare ourselves to others to understand better our place in the world, which can help us grow as individuals. But sometimes, these comparisons can damage our self-worth and confidence because we often compare ourselves with those who have more than us or those who do things better than us.

Often we will compare ourselves to others, and this will lead to fear. These comparisons can be in social media or with people we know and interact with within our everyday lives. The issue is that when we compare ourselves, we are often comparing who we are now to who somebody else was at a different point in their life. For example, if somebody posts a picture on Facebook of themselves looking great at the beach when they were younger, it might make you feel like you don't measure up because you're not traveling as much as they are, your skin isn't as good as theirs and so on. This constant comparison versus reality can lead to feeling inadequate and like you and fear you never measure up.

Understand that it is only temporary and will not last forever

Fear may be a powerful motivator, but it is not a good one. Like all emotions, fear can become outdated and irrelevant to the current moment. If you are feeling fear, trust that it will not last forever. As strange as it may seem, your fear will eventually subside. Fear is not a rational state of being. It consumes you and overrides your ability to think clearly. The feeling of fear is very different from the reality of the situation we are afraid of. If we think about this for a moment, we would realize that our brain kept us alive by making these false alarms to keep us safe from harm - which is why it's important not to over-react.

It's easy to see ourselves as important, but in reality, other people have their own lives, problems, and issues. Framing our fears from another perspective can remind us that not everyone is looking at us or worrying about us all.

Change the way you think

We all have those things that trigger us into feeling scared or worried about our circumstances or what might happen tomorrow, even if it is unlikely that they will happen. We can change our environment to overcome fear. As an example, we can find new and challenging work that might be difficult but not impossible. We can also make sure that we are always moving towards our goals and not giving up on them even if we fail a few times. Finally, we should make sure that our environment is favorable for us, and this way, we can overcome fear easily.

False narratives come from various sources: family members, friends, other people in our lives, the media, society at large. They have been around for as long as humans have been telling each other stories about their pasts or each other or themselves. When people are exposed to false narratives, they will form inaccurate opinions about the world around them. These opinions can lead to fear. Fear of things that might not happen, or fear of things happening which will not be as bad as the person believes. False narratives are stories that are distorted to create fear. This leads people to think that the world is more dangerous than it is and act accordingly. Fear leads to injustice because it makes people act irrationally, leading to prejudice and other wrong actions.

In the end, overcoming fear in the workplace will help improve everyone's productivity at work. Once you've eliminated fear, your productivity will improve, and your relationships with coworkers will become better. Overcoming fear in the workplace is a critical step in building a robust and productive team. If you don't let fear stop you from reaching your potential, you can truly achieve anything.